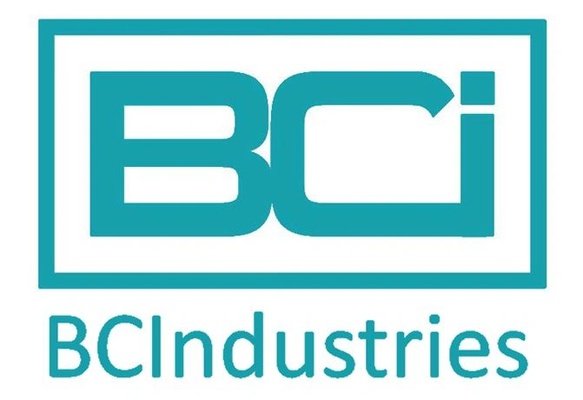 Big construction projects are not easy, but harder still is the challenge of more than tripling the size of one of your key operations while 10,000 to 15,000 customers a day come through the property, with more than 20,000 on weekends.  Tampa’s expanded hotel is impressive, adding 562 rooms (including 77 suites) across 14 floors to become one of the largest hotels in west-central Florida. Already one of the largest and most successful casinos in the world, BCI focused their attention on the new 14-story hotel tower.

The Basics: Florida Polytechnic University recently opened the Innovation, Science and Technology Building, a 160,000-square-foot structure completed on-time within a strict $60 million budget. The center of the campus, the new building features a contoured shape, with the help of a cold-formed window wall system. The building also features a variety of bent glass and metal to accent its overall look.

The Glass System: BCIndustries and its design team provided a custom four sided structurally glazed window wall system for the University. The system uses 1 inch insulating Guardian SunGuard SuperNeutral 54 glass. This was accomplished in an application with a 90 percent radius structure. The team also built louver arms that rise to 12 stories above grade, and then hydraulically lower all to ensure the optimum amount of daylight enters the building, sources report.

The build earned Florida Polytechnic University the 2015 ENR project of the year award.

Previously, Florida Gov. Rick Scott announced his “Fighting for Florida’s Future” initiative, focused primarily on business and job growth. He looked to a company in the glass and glazing industry as an example.

Scott visited the 100,000-square-foot facility of Tampa-based BCI and its sister company, Sun Metals Systems, a manufacturer of commercial glazing systems, including curtainwall and architectural windows.

Scott and his staff met with company ownership and did a brief tour of the facility. Scott then gave a brief speech to the media, discussing his new budget plan, which proposes $618 million in tax cuts “to help Florida families and small businesses,” according to a release from his office. BCI says that while people often associate Florida with tourism, it is actually a prime environment for manufacturing.

“We pride ourselves in what we do, especially in today’s very competitive market,” says BCI. “There are not a lot of high performance unitized façade manufacturers around, and a lot of our competition goes overseas. One thing we stress is that we are a made-in-the-USA company. We try to do things the right way and partner with good, solid U.S. companies.”

Full article can be found at  https://www.usglassmag.com

PROTECTIVE GLAZING WITH A VIEW

It was the largest public works project ever undertaken in the coastal city, the Midfield Terminal Complex at Southwest Florida International Airport in Fort Myers, Fla., opened in September 2005. The project incorporated some of the largest pieces of hurricane glass ever installed in Florida. The massive glass panes measure just five feet wide but soar 27 feet high. No module of this size had ever been tested to Miami-Dade standards before, let alone designed to meet Department of Defense standards for blast resistance (a requirement for post-9/11 airports).

The Building Team turned to its suppliers to design a custom glass system that would pass both tests. Tampa, Fla.-based BCIndustries provided the custom die shapes, glass thicknesses, glass, and metal materials for the system.

BCI has been awarded the exterior glazing package through Davis Construction for The Offices at Progression Place. Located in Washington's historic Shaw Neighborhood, the glazing design will showcase BCI's unitized curtain wall system.